Pride in Our Past... Faith in Our Future 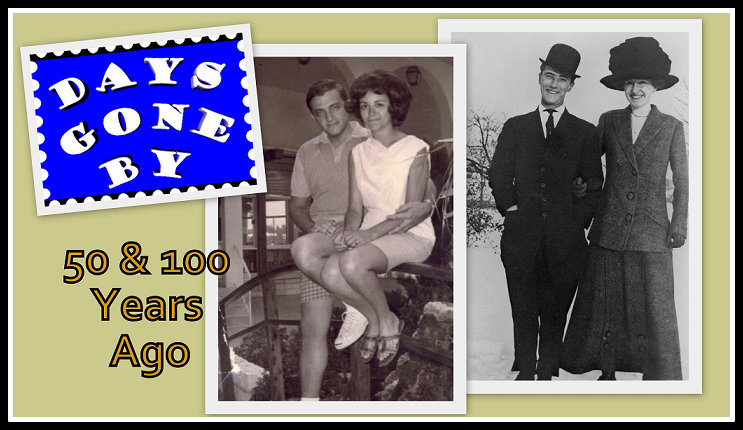 June 30, 1961. Official ceremonies were held in Stoneham to celebrate the opening of Route 93 between Spot Pond and Roosevelt Circle in Medford.  At the same time, a section between Methuen and Salem, NH, was also opened - allowing motorists a 23 mile stretch of limited access highway.  The highway was estimated to cost $80 million with the federal government paying 90% of the bill.  Officials claimed that upon completion, Route 93 would enable motorists to travel from Boston to New Hampshire in 35 minutes.

August 1911.  A tract of land on Elm Street, formerly owned by Mr. W.D. Brackett, later known as Norval Heights was auctioned off as lots for a mere $10.00 cash down payment.  The area, located on the Stoneham-Wakefield line, was advertised as within walking distance to all Stoneham factories yet sufficiently removed from all the noise, dust and smoke.  Norval Heights was described by the advertiser, as “the healthiest spot in the healthiest town in Massachusetts.”

50 Years Ago: Tempers flare in long lines for the Sabin Polio Vaccinations.

During May, 1962, over 2,000 youngsters and their mothers waited in long lines outside Town Hall in order to receive the first in a series of three oral Sabin Polio Vaccines. Children between the ages of three months to seven years old needed to be registered with the Board of Health in order to receive this most important vaccine. Confusion reigned over issues such as how and where the lines should form, as well as the presence of non-registered children. These factors contributed to much frustration, leading one mother to write the following statement in this excerpt from the Stoneham Independent, "After the vaccine had been received and we were on our way, I must admit that the pain of the hour and one half waiting through that line was minimal by the realization of the powers of this vaccine, but really the long wait was not necessary."

On March 16, 1912, a record breaking total of 1,200 citizens filled The Armory for Town Meeting. It was the largest meeting ever held in the history of the town. Included were many women who occupied the south wall side of the Armory. According to the Stoneham Independent standing room was at a premium. A total of 104 articles were to be voted on, but the most heated debates centered on the potential development of Gould Meadows and Pomeworth Street into playgrounds. The formation of a committee to explore playground development was voted down, much to the dismay of many in attendance. The abolishment of the Board of Directors for the Department of Public Works was another heated debate. The decision was referred to the State Legislature for a decision. The 104 articles were finally addressed by the last meeting, which was held on April 16th and attended by 250 citizens.

50 Years Ago:  150 Families Forced Out of Homes by Flooding

October 1962. Thousands of Stoneham homes were flooded when torrential rains dropped between 8-10 inches of water over a three day period in October 1962.  Hardest hit were the residents in the South End of town. Residents on Lucy Road and adjacent streets were evacuated after flood waters filled their cellars to the ceiling. Some residents took refuge to the Town Hall while others stayed with relatives.  It was believed that one of the contributing factors to the South End flooding was the partial filling of Dark Hollow Pond during the Route 93 construction. Since the capacity was decreased by two thirds much of the water run off from surrounding hills then backed up to a brook leading to Doleful Pond .  Angry residents attended a meeting at the hearing room to protest the conditions and how it was to be resolved.  A “Storm Emergency” was declared and funds were requested for the cleanup.  An estimated total of $13,700 was assessed to the Town for cleanup.

November 1912.  At 5:20PM on a Saturday afternoon in mid November the night watchman discovered a fire at the patent leather factory on Spring Street.  The Stoneham Japanning Company, formerly called the T.W. Howard Leather Company, was totally destroyed.  The combination of the flammable nature of material in the building along with the malfunction of the firebox is thought to have caused the fire to make great headway before the Fire Department arrived. Firemen then concentrated on saving adjacent properties since the factory fire “was doomed from the start”.  “Rarely has there been a fire in town that spread with such lightning speed” as noted in the Stoneham Independent.  The factory employed about 25 men and was assessed at a value of $5,600.00.

On the following Monday around noon a firebox was struck and the Fire Department was called  to a fierce fire at the Independent Ice Co. at Dike’s Pond off Marble Street.  Suspicions about the cause of the fire heightened when those arriving early to the fire observed burning fires in several locations of the ice house.  Firemen needed to lay 1,500 feet of hose from the nearest hydrant.  Due to low water pressure the steamer, Colonel Gould, was sent to the scene to assist.  The destruction of the ice house, managed by Charles A. Owen, seriously impacted the once thriving business.